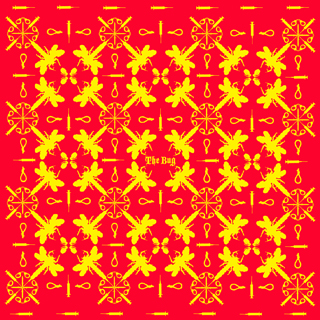 A lot has happened since The Bug released his critically acclaimed third album London Zoo. Although it’s been just two short years since that release, its influence and the rise of bass orientated music has meant Kevin Martin’s return to The Bug takes on a whole new context. Martin has always been a pioneer, whichever alias he is writing for, so his next moves shall understandably be watched very closely.

New single ‘Catch A Fire’ is a low key, but exceptional comeback song. Its throbbing bassline and reverb laden snare hits are typical of The Bug, but Hitomi’s softer vocal approach keeps things fresh. If this is a sign of what to expect from a new full length, then it’s likely that Martin will once again deliver something special.

Padding out the Infected EP are remixes from Autechre and Scratcha, and a reworking of Poison Dart with vocals from Roots Manuva.  Unfortunately ‘padding out’, is exactly how the rest of this EP feels, with remixes of London Zoo tracks feeling like a needless revisiting of old ground. Surely remixes of ‘Catch a Fire’ would have made more sense here, rather than run the danger of continued association to the likes of ‘Poison Dart’, as big as that track undoubtedly is.

Still, in terms of ‘new’ material from The Bug, ‘Catch a Fire’ is typically promising. Here’s hoping for a full length from Kevin Martin next year, as a proper showcase of the man’s unique talent.