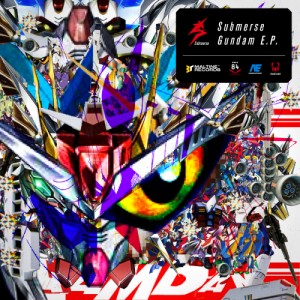 Over the past few years, 2-step and garage have came back in a big way. As what the mainstream considered to be dubstep wobbled off in the direction of stadium sized speakers and producers with stadium sized egos, the underground club and pirate radio scenes found solace in an increasing amount of producers who favoured a little swing, a little shuffle, a little atmosphere and lots of processed vocals. Though the change in sonic climate was arguably slight, it gave birth to a wealth of forward-thinking electronica with personality to match. Amongst them, Submerse began crafting a sound that carried influences ranging from the obvious (Burial, Todd Edwards, Wookie) to the not so obvious (Bjork, Ayumi Hamasaki, M83, Tenmon) leading him to not only become one of the most prolific producers in the UK this year, but easily one of the most innovative and original producers in an absolutely massive cloud of sound.

He concludes an overwhelming year of making mixes for everyone (including us!), playing shows and spearheading an eastern take on 2-step (that he dubs J-Garage) with a five track EP that could well be the inaugural release for a genuinely exciting sub-genre to emerge in recent years. Appropriately released on the Japanese net label Maltine Records, Gundam is a bipolar mecha-cum-human slice of inward looking otaku-step. The title track picks up where another popular track Mecha left off, with a pulsating hook led boldly with a 4-to-the-floor beat, adding yet another layer of expertise to an already impressive resumé. The EP exclusive Kashoku takes a down-tempo route through an Okinawan blend of afrobeat, lounge and dub served alongside the producer’s own recipe for swiftly recoiling beats. Even with bias-inducing samples from one of my favourite films (Makoto Shinkai’s fittingly slow-paced and atmospheric 5cm Per Second), the song is not defined by intertextual references as many tracks tend to do, but by the music that really does speak for itself.

The EP continues with what could be my favourite track of the decade so far, OVA. At once uplifting and melancholic, OVA sees wonderful piano melodies and strings paired gorgeously with an expertly recontextualised Morning Musume acapella and the usual 2-step perfection. Passion is driven by clicks, hat hits and classic Todd Edwards-esque vocal weaving, before the EP concludes with Full Metal: a seminal rework of Yui’s Again that helped pave the way for J-Garage to become less of a 4am bedroom experiment and rather something of a full blown dance music movement.

The Gundam EP is Submerse’s most personal and accomplished release to date, leading the way to an optimistic and thoughtful area of music my own otaku tendencies and music taste always wished for. I have been saying for ages that if Submerse released an EP it would be my record of the year. Guess what? It is.

You can download the EP for free now from Maltine Records.