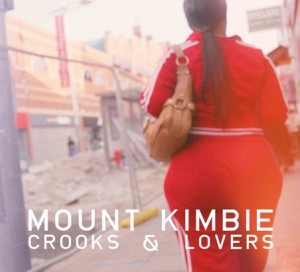 Following the success of two of last year’s best EPs, Mount Kimbie have returned in 2010 with a brand new LP on Hotflush recordings. Make no mistake, this is an album of new songs that have been recorded and mixed in sequence like all the best records are. None of these tracks have been previously released, and from the moment you click play you are stepping into Mount Kimbie’s vision; finally realised and sustained over a near-perfect full length record.

The duo’s penchant for chopped up vocal samples and fragmented synths is typically involved on some of Crooks and Lovers best moments. In particular ‘Before I Move Off’, which bursts into life with emotive clips of female vocals; lyrics are unclear and unimportant but a strong sense of mood is perfectly conveyed. Similarly, ‘Carbonated’ works in much the same way, using virtually the same song structure but enhanced by a crackling rain sample.

Mount Kimbie are far from a one trick pony, though, which is partly the reason journalists have found the duo so difficult to pin down. Adding to their usual cocktail of influences that range from ambient to dubstep, there is also a surprising amount of live instrumentation here. Most noticeable are the guitars on opener “Tunnelvision” and later “Field”, which add an extra dimension setting them apart from their peers.

It’s not until the penultimate track, ‘Mayor’, that the band cave into the tension that they have so carefully constructed, delivering a banger which sets the album into climax. The track is the fitting release, after a record that has bubbled and fizzed so beautifully. Yet while it’s a definite standout moment, as Mount Kimbie have so brilliantly proved, the real joy is in the journey itself.