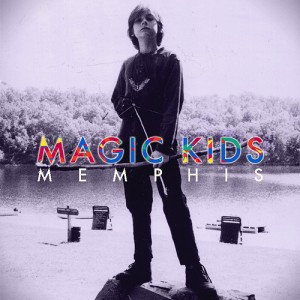 Containing several members of In The Red Records’ signings The Barbaras, the new seven-strong collective, Magic Kids, summon a combination of musical talents to create a layered sound that’s so sweet it’s near impossible not to tap your toes and hum along.

Memphis was recorded over several months in the Deep South with Doug Easley, and sounds surprisingly less Country-tinged Tennessee than you’d expect and more West Coast feel-good vibes. These twee 20-somethings have clearly been raised on a saccharine-laden diet of Belle And Sebastian, Beach Boys and a healthy dash of Motown’s back catalogue for good measure.

Dropping just in time for the closing days of summer, the album is packed with eleven polished gems of retro-pop perfection range from tales of wide-eyed innocence to those first exciting moments of young love. It’s more than just nicey nice, it’s downright…well, magical. Their ethereal ‘60s flair is underscored by the dual boy-meets-girl vocal harmonies of Bennett Foster and Alice Buchanan, a kind of sonic homemade cherry pie.

Album highlight ‘Hey Boy‘ sums it all up rather neatly; it is 2010’s happy-go-lucky soundtrack to those hazy summer evenings that seem to last forever and ever.