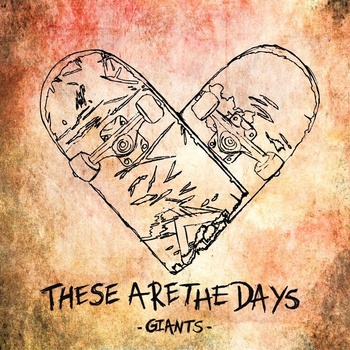 The popularity of the Scooter is one of the most frustrating curses of modern times within our culture. 10 years ago, the enemy of all skateboarders were fruitboots but the trends of school playing grounds have shifted towards the vermin on 2 wheels. Hoardes of little shits are now buzzing around skateparks without any clue of how stupid they look; clogging up lines in their droves and draining sessions due to a lack of co-ordination and etiquette.

Today, the skateboarders from the British band Giants have released ‘Snakes‘, a track that highlights the problem and rages from start to finish. This is the first offering lifted from their brand new mini-album ‘These Are The Days’ that will be released on September 17th and available as a free download. Weighing in at just over a minute, Snakes packs more punch than a hill bomb slam at 50mph and is a great introduction to a band that are carving out some great waves in the UK hardcore scene right now.

Look out for a feature with them here next week and pre order at www.giants.bandcamp.com