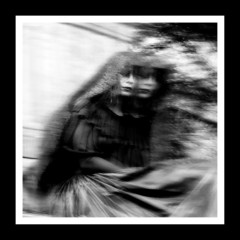 “I like to feed on broken hearts,” roared former Gallows vocalist Frank Carter, but it seems that these days, his ex-bandmates like to feed on adversary. Be it Mr Carter’s 2011 departure, or that of his guitarist brother Steph two years later, each obstacle placed in Gallows’ way sees them return stronger, darker – and, dare we say it, better?

Certainly, Desolation Sounds is no mere re-tread of past glories. There’s still plenty of hardcore rock n’ roll vitriol on display in the likes of ‘Leviathan Rot’ and ‘Leather Crown’, but in general, this is a more expansive and ambitious beast of a record than its predecessor. Witness the eerie choral intro of ‘Chains’, which gives way to sludgy, granite-hewn riffs, or the brooding, gothic vibe of ‘Bonfire Season’, with Wade MacNeil’s mournful vocals lending a sinister edge to proceedings. Later, the clipped, almost robotic rhythms of ‘Death Valley Blues’ and the Mastodon-gone-schizophrenic attack of ‘Swan Song’ will have wondering just what else these guys have up their sleeves.

Overall, Desolation Sounds is the result of Gallows being completely true to themselves, and just as it must have been a liberating experience for its creators, it’s deeply compelling for the listener. Oh, and most of these songs will probably sound even better live. Find out for yourself at the following dates: