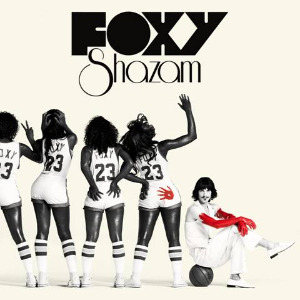 On first appearances, the members of Foxy Shazam replicate a modern day Addams Family, unfortunately misplacing Uncle Fester and the Thing. Supporting the image of six un-groomed individuals from Cincinnati, Ohio, it is almost a little difficult to take the American rockers seriously. Once the music begins and Eric Nally steps up to the microphone, the rawness of his vocals guide you through the parallel universe that is their self-titled major-label debut. You will not believe your eyes when you view yourself reaching for that repeat button.

If Foxy Shazam was a cocktail, its ingredients would be as follows; 25ml of facial hair, 50ml of diabolical passion, a slice of lyrical genius and the leading drive of Freddy Mercury. Add that magical technique on blending this infectious mix together and you’ve let yourself in for something that’ll change your views on the world – well, maybe after about six or seven more. Don’t believe me? Put their work of art into your music player and hit the ‘play’ button accompanied by a brutal level of volume so that your neighbours can enjoy the album too – let’s not be selfish. After all, caring is sharing!

From start to finish you can hear an eclectic mix of influences ranging from the raw punk era of the 70s through to the pulsating sound of soul-inflamed vocals from the 90s. Whether it’s the climatic chorus of ‘Wanna-Be Angel’ that draws you in (and it will), or the rhythmic combination of beats and female backing vocals on romantic ‘Connect’, the sextet have seriously thought about the direction of their album; aiming to hit all four corners of the globe – and no doubt the FS globe actually contains four corners.

It is patently obvious that this is not an album that’ll inspire you to get romantically involved in the bedroom, but it is the poison that fills your veins on first listen. The moment the melodic sound of camp-inspired rock ‘n’ roll gets into your system; you’re continuously searching for that sense of release and freedom. Hint: the only antidote is witnessing this tribe of beauties live.

At the end of the day, if you don’t admit publicly that you like Foxy Shazam, Nally et al will most definitely commit social suicide!