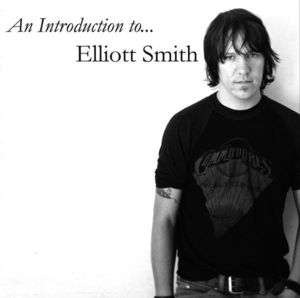 Seven years has passed since Elliott Smith’s untimely death (Suicide? Murder? Who knows…) and so it’s probably the perfect time to acquaint those too young to have appreciated him when he was around with the immense body of work Smith created. I’m sure there are also many who were aware of the singer/songwriter but never took the time to appreciate his work. Since Smith passed away, there have been two other major releases which undoubtedly held more interest for existing Elliott Smith fans than this latest one – ‘From A Basement on The Hill’ and ‘New Moon’. Those releases both included a hefty amount of previously unreleased material from the musical genius with ‘From A Basement…’ comprising much of the material that was intended for his next studio album. ‘An Introduction To…’ is more for those who never really had a chance to appreciate Elliott Smith’s music and need a good place to start. And a good place to start it is.

Even containing a fleeting nod to Smith’s debut release ‘Roman Candle’ with the inclusion of ‘Twilight’, this introductory collection of songs unsurprisingly features almost half of the tracks which appeared on ‘Either/Or’ – the album which brought his first real taste of commercial success. This type of success proved to be more bitter than sweet for the artist as he descended into prolonged periods of drug and alcohol abuse. Also related to the ‘Either/Or’ period and featured on this new collection is the song ‘Miss Misery’, albeit an early version of the track. ‘Miss Misery’, along with several tracks from ‘Either/Or’, was featured prominently on the ‘Good Will Hunting’ soundtrack and even earned Smith an Oscar nomination which led to him performing at the Oscars themselves. By all accounts, he was not so comfortable with this state of affairs. Despite the uneasiness Smith felt with the extreme success of his career at this point, he continued to grow as an artist and later inclusions on this compilation include ‘Waltz #2’ from ‘XO’ and ‘Pretty (Ugly Before)’ from the post-humously released ‘From A Basement on The Hill’.

There are omissions (strangely, there are no songs from fan favourite ‘Figure 8’ on this release). But that’s always going to be the case when you boil down the work of someone so talented and prolific as Elliott Smith to a mere 14 songs. The people who picked the ones on this release have done a fair job at proportionally representing the career of a true songwriting genius. Just don’t stop with this introduction.