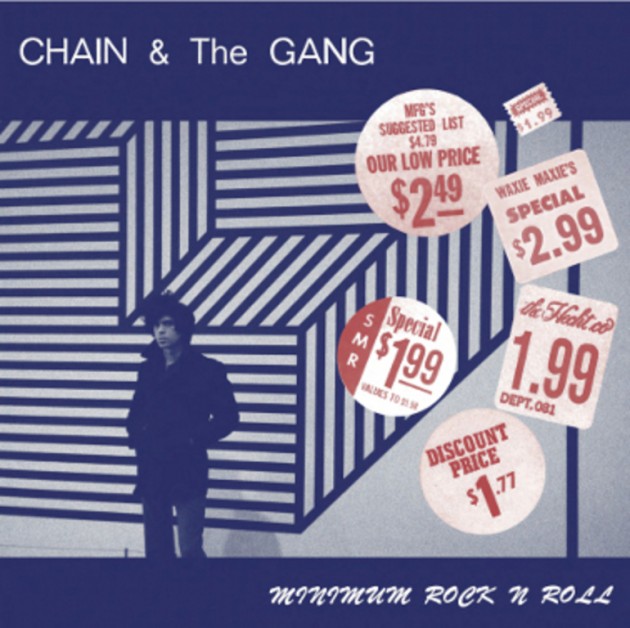 Ian Svenonius always does good party manifesto. I first heard his “13 Point Plan To Destroy America” with Nation of Ulysses then got to interview him as leader of Gospel influenced MAKE-UP for my old grunge fanzine Velvet Sheep when he said “the only reason we make music is cos what can poor people do to fight against the context they’re forced to live in, in terms of capitalist society? The great promise of rock & roll is the idea of self-creation”. And he’s created yet another brilliant band Chain & The Gang who return after a triumphant MAKE-UP reunion (I was there, I testified as Ian repeatedly smacked a microphone into his Steptoe-esque teeth) with the brilliantly understated “Minimum Rock & Roll“. To call it lean is an understatement.

On the brilliant teaser Ian intones that this record does not contain the following: “Extraneous words, unnecessary sounds, frivolous notes. Fewer Words — Fewer Notes — Fewer Beats. You’re tired of hearing them, we’re sick of making them”.

Like The Cramps this is cut to the bone. Still funky, still sexy, still incandescent. But made from rubbing two sticks together rather than with a flame thrower. If politics is about personality these days, I say we should all clamour for Ian’s immediate election.