There Is A Hell Believe Me I’ve Seen It, There Is A Heaven Let’s Keep It A Secret
Visible Noise 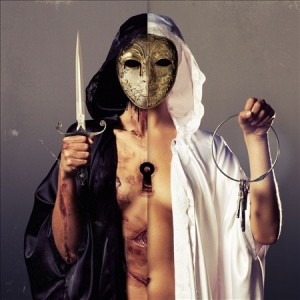 After their previous album Suicide Season well and truly stamped BMTH as bonafide heavyweights in the UK [and then beyond], it was always going to be interesting to see what they were going to come up with next. Juggernaut songs like Chelsea Smile and The Comedown weren’t easy to follow and yet, from the very first drop on opening track Crucify Me, the message has been confirmed: This album is going to be huge.

Not only do the Sheffield band open with a track over six minutes long, but they mix into the track acoustic guitars, strings, female vocals and crescendos like never before. But if that wasn’t enough to whet the whistle, The Anthem which follows is an unrelenting banger which will surely go down as a crowd favourite in years to come with the battle cry “hate to say I told you so, but fuck yeah I told you so!” and raucous “get the fuck up!” on the breakdown.

The more electronic side of production that appeared in the previous album has been ramped up here too to great effect in a way that adds to the guitars, rather than juxtaposing awkwardly, a trap that they could easily have fallen into. Not to say that it overwhelms the guitars in anyway, as Fuck and Alligator Blood prove with visceral intent. The band are able to mix things up though with It Never Ends and Home Sweet Hole both showcasing songwriting talent for melody and Don’t Go utilising the vocals of Lights to perfect effect.

With this album, the five piece show absolutely no signs of letting up and indeed promise to dominate the metal landscape for a good while to come. Any detractors they may have had need to clam up, ramp the volume on this and let is destroy their cynicism. This one is fucking huge.