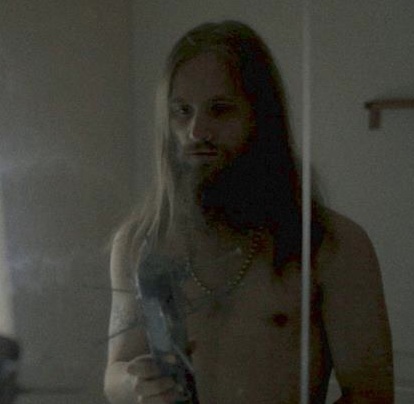 It’s not often that a music video stops you in your tracks, but today we bring you one of the best seen this year. Norwegian Metal band Årabrot are made up of duo Kjetil Nernes and Vidar Evensen based in Oslo, who since 2001 have been pushing their own boundaries of black metal and leading their scene with releases that have received critical acclaim.

Produced by Steve Albini, Årabrot’s latest album Solar Anus is a work of art made up from stripped down drums, a baritone guitar and various vocal techniques from Kjetil Nernes. The end result is a dark soundscape that is relentlessly brutal and mesmeric to the ear touched by the electronic work of touring member Concept Virus, whose production adds even more depth to a broth of some of the deepest riffs out there.

The video, written and directed by Fredrik Hana is a work of art, depicting the solemn existence of Nernes and Evensen, mirthless from the annihilation of their surroundings. When speaking about the video, Hana says: “We have all seen movies where the world goes under and various Charlton Heston’s and Will Smith’s hang out and collect expensive art and drive fancy cars. In this video, we explore what happens when the only survivors are two white trash assholes who are only interested in destroying what is allready destroyed.”