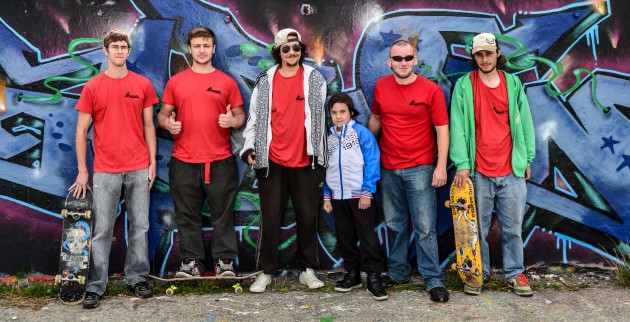 Oddfellows Skateboards was founded by Martin Bass and Ralph Overill in 2005. With decades of skating behind them, Martin and Ralph use Oddfellows to promote raw, creative skating on strange street architecture and obstacles.  Between them they have filmed, edited and released numerous DVDs and webclips, they now design and hand-print t-shirts alongside going on filming missions and are looking to adopt new skaters to expand the team.